Sensor Technik Wiedemann GmbH (STW) has been working for years on electrical and hybrid drive solutions for mobile working machines. STW’s powerMELA is a hybrid concept that covers both the machine traction and auxiliary working functions, based on the powerMELA motor generator – a permanent magnet synchronous motor with integrated power electronics, as for example DC/AC conversion and variable frequency control, and direct oil cooling.

powerMELA has been adopted on the PistenBully 600 E+ snow groomer of the German manufacturer Kässbohrer Geländefahrzeug AG, with the first vehicle sold in Swizerland in 2012. The latest PistenBully 600 E+ with diesel-electric drive has been delivered in November 2015 to the Finnish sky resort of Levi, that lies some 170 km north of the Arctic Circle and is one of the hosting resorts for the Alpine Skiing World Cup. Dietmar Schrägle, project manager electrification – E-mobility department at STW, explained that the project with Kässbohrer has reached complete maturity with the powerMELA package completely integrated in the production of the PistenBully 600 E+ vehicle.

“The powerMELA system is composed by electric motor and frequency converter in the same compact housing,” said Schrägle. “The electric machine can produce energy or use it, depending from the demands of the power flow in the machine, which is managed by our ECU.” The diesel engine in the PistenBully 600 E+ vehicle is a six-cylinder Mercedes-Benz OM 460 LA with 295 kW output power and 1900 Nm maximum torque at 1300 r/min. It can be used at its maximum power in situations as uphill driving, but the electric machine is capable of boosting more power for acceleration, as well as being available for pure electric driving.

“According to our calculations, a hybrid system as powerMELA can save up to 20% diesel fuel consumption as the electric system works at very high efficiency and is independent from the diesel engine. This means the combustion engine is always operated at its most efficient point,” explained Schrägle. powerMELA is available in three different versions to cover traction power from 40 to 300 kW (40-, 80- and 140-kW generator/motor units). The available power can be increased by using two or more PowerMELA in combination. Schrägle said that the electrical driven system is available for a number of other off-highway applications as well: “The first project for powerMELA was actually with a very well-known agricultural vehicle manufacturer, back in 2001,” he said. “The project was then modified so that powerMELA became the system to electrify the tractor’s implements.

“Since then, powerMELA has been used in different applications, as for example construction machines, agricultural vehicles, municipality machines, and railcars.” Being asked if the system also includes a battery or accumulator, or if it would be possible to add one, Schrägle said that the possibility exists from the technical point of view: “The battery technology is available, but the application is still not viable from the economic point of view. According to our calculations, the current cost for a suitable battery in the actual configuration would need about three-years in operation to be amortized.” Schrägle added that it is important to point out that powerMELA has a high safety protection, which means there is no danger with high voltage electric power in the vehicle, even in case of accidents.  The whole system is designed for rough environmental conditions, complying with protection class IP67 and IP6k9k, and can withstand mechanical shocks up to 30 g. PowerMELA has a built-in overload protection, which results in an output reduction, rather than shutdown, in case of overload.

An diesel-electric-drive vehicle as the PistenBully 600 E+ has also an important impact on environmental protection, as it is testified by Jouni Palosaari, CEO of the Levi ski resort, who received the first 600 E+ snow groomer: "We are very proud to be using the first 600 E+ in Finland. This eco-friendly PistenBully underlines Levi's environmental dedication and strengthens our position all the more." 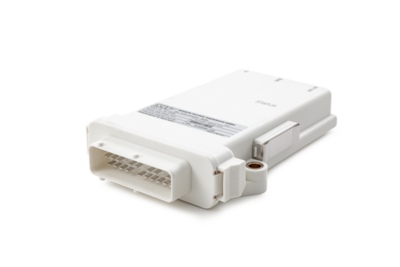 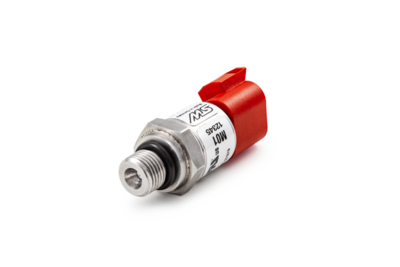